What’s the true cost of theft?

What’s the true cost of theft?

When we look at theft as a crime we can perhaps claim that it has a fairly low emotional impact but is really high in the annoyance and cost stakes! The shock of discovering your house or business has been broken into is often outweighed by the effort and inconvenience it takes to work out what’s been stolen, submit an insurance claim and then spend valuable time replacing the goods or vehicles stolen.

So let’s look at what’s being targeted, how it’s being stolen, and what can we do to prevent this crime.

From opportunistic to organised.

What is being targeted and how it’s being taken has changed significantly over the past couple of decades. Twenty years ago we saw a lot more unsophisticated, straightforward house burglaries with your average burglar gaining entry within mere seconds thanks to poor quality door and window locks. The method was quick and almost silent. The prize was flat screen TVs, DVD players, games consoles.

Back then, entertainment technology was worth thousands of pounds. The items were coveted and there was a real market for them as stolen goods. But as technology has advanced, it’s also become cheaper, more accessible, and less desirable as a target for theft.

Unfortunately, car theft has taken its place and unlike your house or business burglary, it is professional and sophisticated. Organised car theft gangs will now scan the DVLA database to find a specific high-value car, then target a particular household that owns that vehicle and within hours of it being stolen it’s either broken down for parts or shipped abroad. It really is that organised. In 2020 the DVLA disclosed that 74,769 vehicles had been stolen that year. That’s 1 vehicle every 7 minutes! 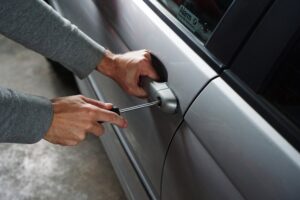 The process is methodical and orderly. As well as cars and motorbikes, fleet vehicles and plant machinery like diggers, JCBs, and dumper trucks – the really high value items – are just as much of a target. In fact, plant machinery is easier to lose within system as it’s not registered and tagged like a car would be.

The cost of theft is high and isn’t just monetary.

The real cost of theft

Probably the biggest costs to a victim of theft are:

Prevention is always better than cure and – in the security sector – that means deterrent. Every business needs an efficient security and surveillance system. Whatever the budget, there is a system that will provide protection. However, if we’re looking at deterrents, these are my top two:

Is a security system worth the cost?

Whatever it is you’re trying to protect – vehicles, premises, machinery, equipment – an integrated security system is absolutely essential.

Zicam can instal a monitored system that within:

Security tends to be a grudge purchase but there’s real worth in it. It’s not just a monthly cost, a good security system will add value to your business.

If you’re interested in learning more about how a Zicam integrated security system can protect your vehicles and premises from theft, get in touch with a member of the team today.

Why a positive health and safety culture is essential to Zicam

In the spotlight: Brad Burrows